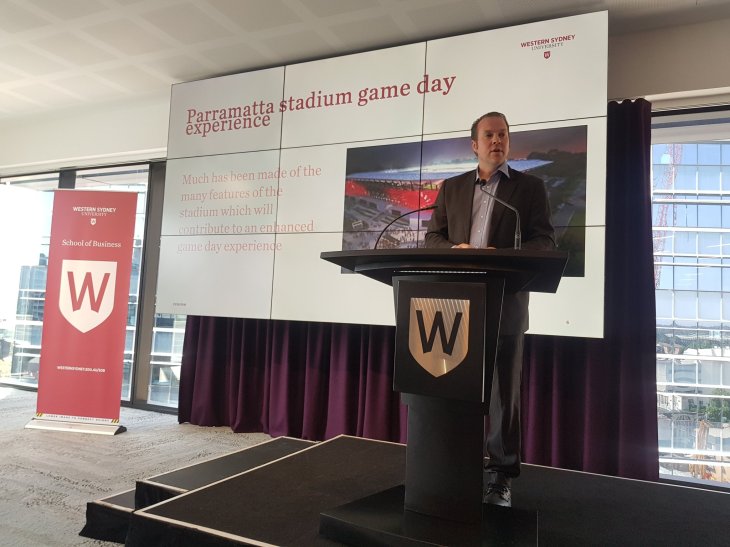 Very please to present the “Sports Stadia and the Fan Experience: the Way Forward for Western Sydney”at Western Sydney University as part of the 2018 Research Week.

As part of my presentation I asked the question whether an opportunity has been missed with the new Western Sydney Stadium in that there has been too much focus on the features of the stadium and fan experience and not enough consideration of creating an entertainment precinct based around the stadium.

in acknowledging areas such as the Boulevard of Legends and potential for outdoor exhibition space, I ask the question “what will bring fans to the Western Sydney Stadium outside of game days?”

Great to be part of a session including speakers such as Al Baxter from Populous, colleague Jess Richards, as well as representatives Western Sydney Wanderers, Venues NSW and Netball Australia. 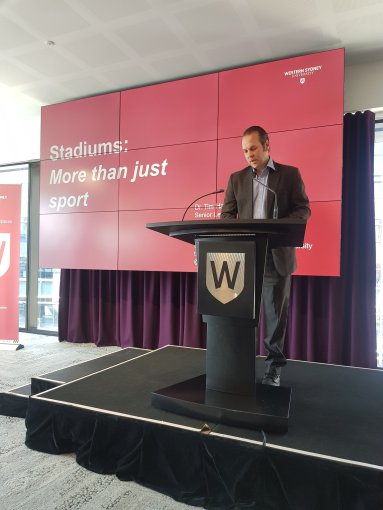