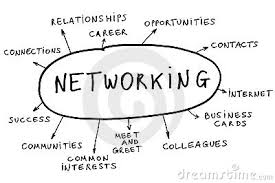 One of the important aspects of life at university is networking with fellow students but also with industry.  While on tour this year there have been a couple of discussions around networking and an ability to see the benefits of networking in action.  With one of the key lessons here being that networking often involves being in the right position at he right time and grabbing an opportunity when it comes up

In 2011 Duc joined the group on the tour to Vietnam as a student and then after graduating he returned to his homeland Vietnam to work in hotels.  One of the things that struck me with Duc was his pride in his country and his eagerness to want to make others welcome in Vietnam.  Even since Duc has kept in contact with me and we have caught up when possible in Vietnam.

This year Duc cam to dinner on our second night with the intention of meeting the students and taking them to Karaoke.  When Duc came to dinner I introduced him To Phil from the Australian Chamber of Commerce who is trying to connect Vietnamese alumni who have studied in Australia.  From this introduction Duc has been added to the alumni mailing list and also been invited to work with Phil on ‘Welcome Back Aussie Alumni’ event in January 2015.

From the same meeting I had mentioned to Phil that we had some interns coming to Vietnam in December / January including to Danang/Hoi An and he introduced me via e-mail to Giao who is the Deputy Manager for Danang Tourism.

We met Giao in Danang and will have further discussions with her about a clipper race which will finish in Danang while Alex our intern is in Vietnam and will also look to be involved with their promotion of the event in Sydney during December.  When we met her she was accompanied by her colleague Guillaume van Grinsven who is an academic from the Netherlands doing a tourism project wit the city of Danang.  He has shared his data with myself and Colin and is interested in working together.

Network, you never know but it might take off….